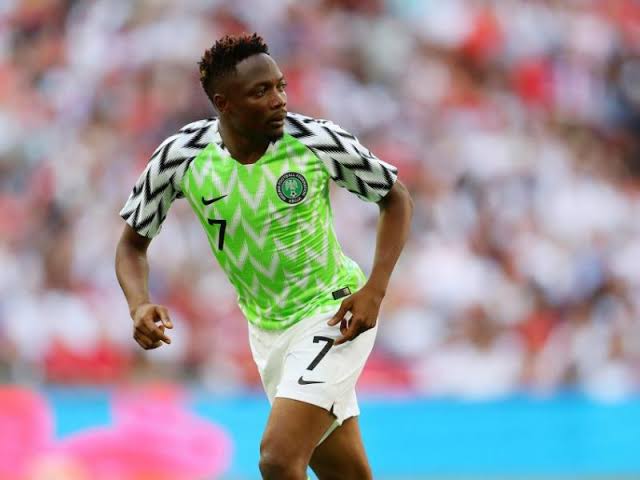 Captain of the senior national team of Nigeria Ahmed Musa has decided to pay the tuition fee of hundred students at Skyline University Kano after he was named as ambassador to the university.

The 26 year old became the first sportsman to be named an ambassador by the school based in the state where he made his mark ‎as a teenager playing for Nigeria Professional Football League ( NPFL) side Kano Pillars.

In reaction to the gesture by the school, Musa announced on his instagram handle that he will be sponsoring hundred students to school in the institution as a believer in the importance of education in rebuilding Nigeria.

" I am a great believer in the importance of education hence my excitement in joining this great team to promote the vision of becoming anything you want to be in life as long as you can dream it", he posted on Instagram.

" So, I am pleased to let you know that I would be sponsoring 100 students at this university (Skyline University). Yes! 100. Details to follow shortly ", he concluded in the post written on Wednesday evening.

The cost of sponsoring a student till graduation at the school is worth 5 million Naira in tuition fee and Musa plans to bear the cost of it all for a hundred students as his way of giving back to the society.

Already he is involved in several charity works, one of which is the popular sharing of food items, cash and provision of free medical services whenever he is in Nigeria for holidays. A practice he started since he was with Russian side CSKA Moscow.

Now playing for Saudi Arabia side Al-Nassr, Musa reportedly earns $270,000‎ a week, a huge increase from what he was earning at English Premier League side Leicester City and also makes him the highest earning Nigerian footballer.

So far he hasn't enjoyed the best of season in Saudi Arabia with injuries limiting to just few games, and that has also cost him his spot in the senior national team of Nigeria as he began his role as substantive captain of the team by sitting on the bench in the last two games of the team.

Musa played as a substitute in the 2-1 win over Benin Republic and also in the 4-2 win over Lesotho in the recent AFCON 2021 Qualifiers but according to coach Gernot Rohr is largely due to the fact that he is just returning from injury.

In Musa's absence the trio of Samuel Chukwueze, Samuel Kalu and Victor Osimhen have form a deadly combination in attack that produced four of the six goals Nigeria scored in their last two games. Moses Simon has also impressed when played in place of the three players mentioned above. Despite that Rohr insist that Musa's spot in the team is not under threat.

" He (Musa) is our captain so we have to treat him as the leader. He is not at the best level to start games but everybody knows his quality and what he brings to the team. We are hopeful that very soon he will reach full fitness and play a role in helping us achieve our set targets for the year", Rohr said.