6 Things You Should Know About New Police Unit SWAT 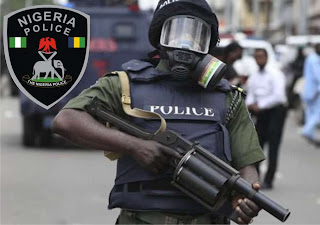 The Inspector General of Police Mohammed Adamu has created a new unit known as Special Weapons and Tactics (SWAT) Team which will fill the gaps arising from the dissolution of the defunct SARS. Last Sunday, he disbanded the Special Anti-Robbery Squad (SARS) due to alleged extra-judicial killings, wanton arrests and dispossession of property through physical assault and other intimidation tactics.

Here are six things you need to know about the new unit:

1. Prospective members of this new team will undergo psychological and medical examination to ascertain their fitness and eligibility for the new assignment.

2. These members are to commence training at the different Police tactical training institutions nationwide, next week.

3. The training schedules are as follows;

A. Police Commands in the South-East and the South-South will be trained at the Counter-Terrorism College, Nonwa-Tai, Rivers State

B. Police Commands from the North will be trained at the Police Mobile Force Training College, Ende, Nasarawa State

C. Police Commands from the South-West will be trained at the Police Mobile Force Training College, Ila-Orangun, Osun State

4. The IGP ordered all operatives of the disbanded Special Anti-Robbery Squad (SARS) to report at the Force Headquarters, Abuja for debriefing, psychological and medical examination.

5. The medical examination will be carried out by the newly set-up Police Counselling and Support Unit (PCSU), a unit, which henceforth shall engage in psychological management, re-orientation and training of officers of the Force deployed for tactical operations and other duties.

6. The Police Counselling and Support Unit will consist of psychiatrists, psychologists, medics, pastors and imams, Public Relations practitioners, Civil Society and other Human Rights groups with relevant qualifications and expertise.

After that one na wetin them go use them do again? If not be sambisa them go carry them go, we no go gri laye

SARS to SWAT
ETISALAT to 9MOBILE
NEPA to PHCN
DIAMOND to ACCESS
All na the same thing, nothing change.
#EndSWAT
#SWATMUSTEND
#NOTOSWAT

The only way this swat thing will make sense to me is to tell me that, they will only be deployed whenever there's serious crime like robbery, kidnap and the rest or better still deploy them to borno to fight Boko.....

No point going to America. American is already here judging by the downloaded SWAT 4cs
Posted by Endy Edeson