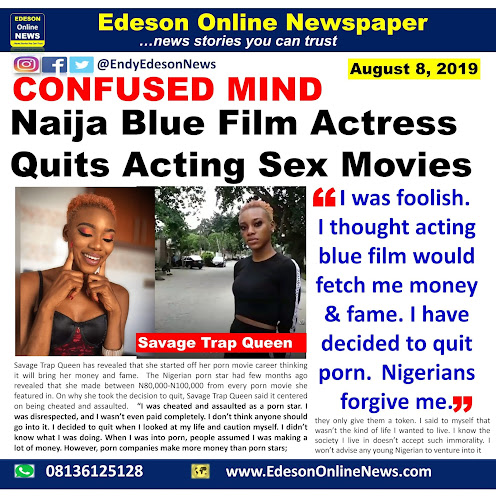 
HERE ARE LINKS TO DOWNLOAD AND WATCH HER SEX MOVIES

You, Sunday John and 32 others

I'm happy for you for that brilliant decision

I forgive you.. Remain God

Ok lemme get it straight. She is only saying this because it didn’t bring her money and fame.

Ask God for forgiveness after all we all are sinners then focus on things of God,live responsible lifestyle.....

As you confess I forgive u

Forgiveness come from God, His mercy always upon those who ask for it
Posted by Endy Edeson