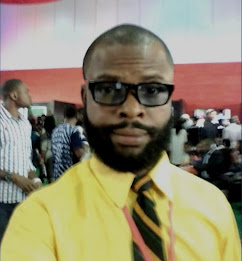 Endy Edeson was born in Rumuji town /Port-Harcourt in Emohua Local Govt Area Of Rivers State . He spent his early life in Rumuj/Port Harcourt but later relocated to Lagos State to pursue a career in ICT. He is the editor-in-chief of Edeson Online News and the director of Edeson InfoTech Global Services.

In 2008, an Igbo lady simply identified as Chidinma bought a ring and asked Edeson to marry her. Chidinma said Edeson must marry her after he dated her for 2 years.

Edeson lived in Ogun State for 5 years where he started his freelance company from scratch. In 2011, Edeson was involved in humanitarian services as one of the administrators for Positive Outreach Foundation in Sango Ota Ogun State. The foundation had an affiliate with World Health Organisation. Edeson also worked as an ICT administrator for ABG Systems Integration in Iyana Iyesi Ota Ogun State.

In 2012, Edeson started gaining media attention when he kept a funny Afro-Hairstyle to promote his blogging career. His funky Afro-Hairstyle was featured on Punch Newspaper, TV programmes & discussed on radio stations including online platforms.

Later in 2015, Edeson was appointed as the official blogger and web administrator for an International Charity organisation, Hope Foundation Group Inc with branches in USA, Malawi, Nigeria, Canada etc.

In 2017, Edeson relocated from Ogun State to Lagos State where he currently lives and runs his ICT company, Edeson InfoTech Global Services.

In January 2018, Edeson produced a photo documentary on Yoruba History & Culture for an upcoming Yoruba TV Channel "PREVIZ TV" based in London. It was a huge success for him.

He is a Website Designer, Blogger, Instructor , Online Documentary Producer, Professional Freelancer.
He lives in Alimosho area of Lagos State, and dedicates his time in providing services to people and impacting lives.

Mission:
To publish accurate, insightful and handy news stories on the internet.
Vision
To be among top the leading online news platforms in Nigeria by the year 2020.
Core Values
Trust, Objectivity, Integrity.
Slogan
...News Stories You Can Trust